Today I welcome Author Kamy Chetty to my blog!   So over to Kamy...


Using Deep POV to step out of the Slush Pile


As a writer we get told a whole bunch of things that we have to stay true to, if we want to catch that editor’s/agent’s attention and not have to get picked up off the slush pile. Don’t get me wrong, many great writers have been picked up off that slush pile but we both know that it’s getting harder to get noticed.
Not too much back story or you slow the pace; your characters need to be believable; your reader needs to be invested in the story. You have to get the reader to have that emotional journey, and the most important one of them all, show, don’t tell. It’s impossible to remember all of this when you’re writing your story and to be honest, if you did, you’d drive yourself nuts and never get past page five. You’re sitting there thinking, this still isn’t telling me anything about deep POV, so here goes, I’m going to show you an e.g of how I used deep POV in getting published.


I wrote Falling into Paradise in three weeks but it took me a lot longer than that to edit the book. I couldn’t have done it without my wonderful editor, but there were a lot of things I learnt that helped. The concept of layering opened new doors to me and my writing started making sense which resulted in a stronger book.
Deep point of view is when you go into the character’s head and start writing from their POV, instead of the narrative. You might say what are the benefits? Think of it this way. By going into deep POV you can start writing actively and you can show things your character sees and does and that added layer gives your reader the key to your book and the characters.


E.g. when you meet Sophie you see a woman who dresses up in expensive suits with a flashy car, so you think rich doctor from a cultured background.
‘She looked down and wanted to say she felt more like the prostitute from down the road where she lived as a child than Catwoman, but it didn't seem appropriate to share that much information with a man she barely knew.’


Now that little thought Sophie shares with us tells us she didn’t grow up with a silver spoon stuck to her palate and that is a very important thread in the story. I could have used a few paragraphs to imply the same thing but saying that she grew up around a prostitute has a lot more punch and power than anything I as a writer could have narrated.
The other thing deep POV can do is give your book sass. Throughout the book I use deep POV to deepen the characters and their motivations and make it all real. It heightens the tension and makes the story flow.

I can go on about deep POV if you let me but I’d rather you ask questions and I am happy to answer them as best I can. Thanks for having me, it has been a real pleasure being here and I would be happy to answer any questions you might have about the book or about being a newly published author. 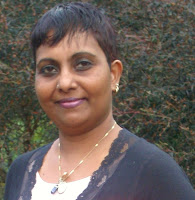 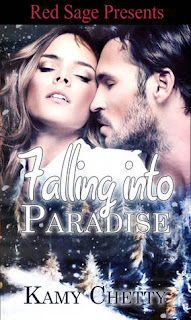 A woman too afraid to commit. A man too hurt to love again. A passion that refuses to be denied.

Sophie Redmond knew betrayal, she knew mistrust. She knew everything that was wrong with the world, until Damon Watson charmed his way into her life.

The rules she used to shield her heart were broken one by one, as Damon showed her compassion and kindness. When no one else believes in her, he shows her hope. But is hope ever enough?

Damon knew trouble when he saw it. He was the sheriff. He could spot it a mile away and Sophie was trouble with a capital T. What was it about this City Slicker doctor that made him want to forget everything but those whiskey brown eyes and that honey blonde hair spilled against his naked chest.

Can Damon put the past behind him and choose to love again?
Buy Links:
Red Sage
Amazon
Amazon UK
B & N